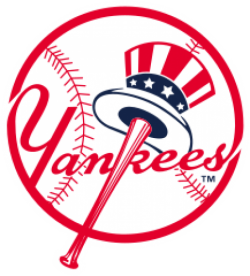 Sondra Lee (Clark) Yeisley died peacefully a month and a day after her 82nd birthday.  She leaves behind to mourn her loss one daughter, Dr. LaurieAnn Yeisley-Drogin of Weymouth and her grand-cat whom she adored.  She was predeceased by her parents, Donald C. and Pauline (Messinger) Clark, and her former husband, Brent A. Yeisley.

Born in Pen Argyl, Pennsylvania, Sondra was a graduate of Westmoreland High School where she was a majorette, and Wilkes Barre Business College.   She attended Wyoming Seminary and Bloomsburg University.  She also attended Prestonsburg (KY) Community College, where she maintained a straight-A average.  Sondra worked as a special education teacher’s aide in Prestonsburg, and as an infant room teacher at Cambridge Schools.  She was a devoted daughter and especially mother, moving with her daughter from Kentucky to Pennsylvania, and finally to Massachusetts.

For many years, Sondra and her daughter took annual road trips to Pennsylvania at Thanksgiving and spent time each summer at the New Jersey shore.  Sondra was a beach and sun lover, sporting a tan even at 82.  She was a fanatical follower of her New York Yankees, and enjoyed wearing her Yankees gear around Boston because that’s the kind of fan she was.   She looked forward for many years to attending University of Louisville football games with her daughter.   Sondra reveled in showering her grand-cat with gifts for birthdays and holidays, and these gifts were always his favorites.

In lieu of flowers, donations may be sent to Eastern Kentucky Flood Relief Fund at Teamekyfloodrelieffund.ky.gov

May her memory be for a blessing.