Share a memory
Obituary & Services
Tribute Wall
Read more about the life story of Peter and share your memory.

Peter Whitney Hall, of Hingham and Weymouth, passed away peacefully on December 24, 2022, aged 72, following a prolonged illness. He was the son of John Whitney Hall and Mary Jean Hall of Hingham. Peter graduated from Hingham High School, class of 1968, and married Cora MacPherson in 1975. He was a loving father to their two children: daughter Margaret Hall Sebestyen of Hingham, MA (husband Ben, granddaughters Emily and Julia) and son Whitney MacPherson Hall of Randolph, VT (wife Sarah, grandson Elliot). Peter also leaves behind his beloved sister Meredith Hall Allen of Londonderry, NH, his brother John Whitney Hall of Hull, MA, and many nieces and nephews.

Peter was a proud and decorated U.S. Army Veteran who received multiple awards for his service in Vietnam, including the Bronze Star Medal for meritorious achievement. As part of the Army Reserves, he served in a stateside assignment for Operation Desert Storm. Peter also worked in the automotive industry for over 30 years.

Peter had a lifelong passion for history, especially the American Revolution and Colonial Hingham. In 1975, Pete was a founding member (and eventual Captain!) of the Hingham Militia Company, a revolutionary war re-enactment group that continues to participate in many local events. Peter was also an avid sailor and yachtsman. Among his fondest memories were navigating by boat with family and friends in Boston Harbor and at the family summer home in Five Islands, Maine. Peter was a talented artist, musician, enthusiast of all things Boston Sports, and had a first-rate sense of humor! He will be greatly missed by all who knew and loved him.

To send flowers to the family or plant a tree in memory of Peter Whitney Hall, please visit our floral store. 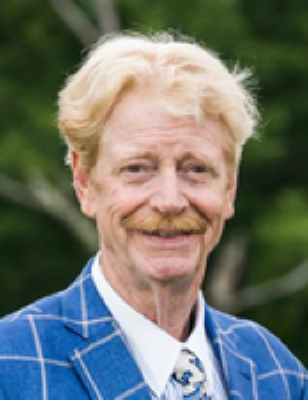 You can still show your support by sending flowers directly to the family, or by planting a memorial tree in the memory of Peter Whitney Hall
SHARE OBITUARY
© 2023 Downing Cottage Funeral Chapel. All Rights Reserved. Funeral Home website by CFS & TA | Terms of Use | Privacy Policy | Accessibility