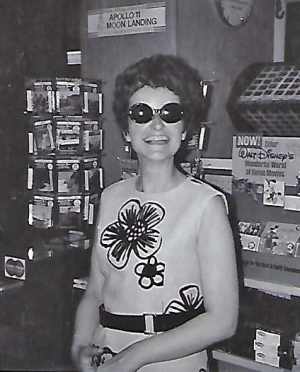 Born to parents William D. Hayes and Josephine (Fila) Hayes in 1939 Paula was a true Boston girl. She was the treasured sister to Brenda Hayes Hussey and her late husband Donald A. of Hingham and Thomas J. Hayes and his wife Valerie of Quincy. She was the beloved aunt of Gregory Hayes and his wife Shannon of ME and Jennifer Golec and her husband John of CT and great aunt of Liam, Caili and Hale.

Paula was a graduate of the Mount St. Joseph Academy in Brighton and went on to graduate with her undergraduate from UMass Boston. She also possessed graduate degrees from Simmons College and Harvard University. Not only was Paula very well educated, she used her knowledge to educate others. She was the head librarian at the Boston Public Library Children’s Department for numerous years.

Paula will be dearly missed by all who had the pleasure of knowing her.

Private services will be held at a later date.

As stated so lovingly in a tribute by her friend:

IN HONOR OF THE LATE GREAT MS. PAULA HAYES: I had the honor of knowing and loving Paula for forty-five years. When I first met her all those years ago, I adored her at once. And so did everyone else, too. She was just so full of life, she enlivened you. She was smart, funny, and had charm to spare. She was pure magic!

Although Paula is with the angels now, she did leave us with so many wonderful memories. Like the way she was always such a classy lady; and the way her big bright smile could light off even the darkest rooms; and the way she worried about everyone else over herself.

Perhaps, there is less of life for us without her now. But she wouldn't want us to focus on that for too long. No, she would want us to honor her by remembering her as she was: so full of life. To be sure, in honoring her like that, we also honor ourselves. And Ms. Hayes would so love that!

A service summary is not available