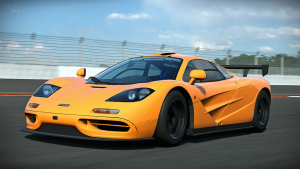 Paul (Batt) Edward Wuori of Hingham passed away on Thursday, February 3, 2022 at the age of 79 surrounded by family.  He is survived by his beloved wife of 40 years, Elizabeth (Hutchinson) Wuori. He was the loving father of Heather Nesic of New York, Paul E. Wuori Jr. and his wife Mallory of Hingham, and David J. Wuori and his wife Leigh-Anne of Norwell, and a proud grandfather of 6 grandchildren: Sarah, Paul, Vanesa, Owen, Bennett, and Camden. Paul was the dear brother of David E. Wuori of PA and the late Priscilla Williams.

Paul was a lifelong resident of Hingham and lived in the same house that his father and grandfather built upon settling in Hingham.  He always had a connection with automobiles and loved going fast.  He began his career as a mechanic which led to passions in auto racing and motorcycles.  He had a close connection with the Bruce McLaren Motor Racing team during its start-up and remained an avid fan of numerous auto and motorcycle racing formats.  He owned and loved several collector cars and motorcycles throughout his lifetime.   He could always be seen driving around town in one of his toys.

Paul started his own trucking company, Paul Edward Wuori Trucking and later Batt Corp, moving construction equipment and materials throughout Massachusetts.  His trucking career spanned more than 40 years before he retired.  For many years he thoroughly enjoyed donating his truck and time participating in the Hingham Fourth of July parade and to numerous sessions of show and tell for the kid’s classes.

If you ever needed to talk, have a good laugh, tune up your car, or just enjoy a cold one you could always find Paul in the garage with the doors open welcoming any guests that wanted to pop in.  In his eyes his garage was your garage, and he could always use another pair of hands to work on something.

When Paul wasn’t home or at a car show, you would likely find him on the golf course trying to beat his own records for fastest round ever played.

Paul was a member of Old Colony Masonic Lodge in Hingham and a member of The Ancient and Honorable Society.

Relatives and friends are invited to celebrate Paul’s life on his birthday, June 6th, 2022 from 4 – 7pm.  RSVP at https://www.eventcreate.com/e/paulwuori to receive further details and reminders leading up to the event.

In lieu of flowers, donations can be made to a charity of your choice.

To send flowers to the family or plant a tree in memory of Paul E Wuori, please visit our floral store.

You can still show your support by sending flowers directly to the family, or by planting a memorial tree in the memory of Paul E Wuori
Share a memory
© 2022 Downing Cottage Funeral Chapel. All Rights Reserved. Funeral Home website by CFS & TA | Terms of Use | Privacy Policy | Accessibility