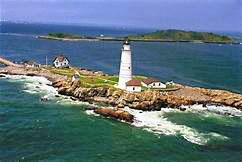 Maureen C. Gibbons of Rockland, formerly of Hull passed away after a long battle with cancer at the age of 74.

She was preceded in death by her spouse, Edward R. Gibbons, her daughter, Dawn Campbell, her brother Stephen MacFarlane and stepsons Harold, Michael and companion for the past 10 years John Means

Maureen was a retired Bookkeeper and a proud mother, grandmother, great-grandmother and friend.

A wake will be held at the Downing Cottage Funeral Chapel

DUE TO THE IMPENDING SNOW STORM THE WAKE HAS BEEN POSTPONED

There will be a private funeral service at a later time.

In lieu of flowers please donate in Maureen’s name to the American Lung Association at www.Lung.org.

To send flowers to the family or plant a tree in memory of Maureen C. Gibbons, please visit our floral store.

You can still show your support by sending flowers directly to the family, or by planting a memorial tree in the memory of Maureen C. Gibbons