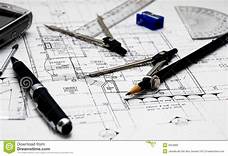 After college, Mary ventured to Washington, DC, where she met her future husband, John Paul Sullivan, during her first week in town at a tea for young singles in Georgetown. It took them several months to go on their first date, and it was then that John Paul proposed to Mary Maud, realizing she had all the traits he wanted in a wife – brains, beauty, faith, family and resilience.  He kept asking, but she didn’t answer for several months. Finally, she agreed and they were married in Philadelphia on November 14, 1959. Their first dance was to Bobby Darin’s Le Mar, and thus began a 61-year-long partnership creating a loving life in their homes along the Potomac, Boston Harbor and Nantucket Sound.  A life with a soundtrack, filled with family, faith, friendships, sports, a strong work ethic and political discourse sprinkled on top.

While in the Washington area, Mary worked for Congressman Harold Collier of Illinois. She and John Paul lived in Bethesda, MD, where they became members of Little Flower Parrish and where their first two children, Clare and Philip, were born. They moved to the Boston area in 1964 where their third child, Laura, was born. They raised their family in Weston during the school year and Edgartown in the summer months.

In Massachusetts, Mary worked initially as the director of career planning at Wheelock College. Later she was appointed by Governor Michael Dukakis to the Massachusetts Civil Service Commission, and then as Ombudsperson and eventually director of human resources at the Department of Employment and Training. Upon retirement from state service, she moved full-time to her beloved Martha’s Vineyard where she resumed her activities in town government.

She was a force, standing – and taking action - for what she believed.  She believed in true equality, for women, for the less fortunate, for the voices of young growing minds. She listened to opinions - from youth and peers - that opposed hers with a curiosity and respect.  She often laughed about raising her family with dinners at a round dining table that empowered her children to feel equal from a very young age.

She volunteered on committees of all types, both on the mainland and on the Island – Cracker-barrel, Town of Weston Finance Committee, League of Women Voters, Edgartown Historic Commission, Martha’s Vineyard Preservation Trust (now Vineyard Trust) and Featherstone Center for the Arts. In the 1960s and ’70s she was active in Democratic politics and held the position of state committee woman. She was also in charge of the subcommittee that wrote presidential primaries rules in Massachusetts. She helped build Roxbury Weston, the first true integrated nursery school in the country.  She opened her home for many years to Mary Teasley (now Dr. Amina Wadud) a student in the, A Better Chance program who was like another daughter to her.  Back when women were not allowed to order their own drinks from the Edgartown Yacht Club bar, Mary and two friends changed that for the generations that followed.  The juxtaposition of these causes that Mary Maud led was the essence of who she was.

Mary Maud loved family first and foremost; but also, in every community she lived in she collected smart, interesting, caring friends. She threw outstanding parties, whether a low-key casserole dinner party with lively conversation or her annual Christmas Eve open house, with 150 of her closest friends, following the Weston town carols. She treasured her Tuesday tennis, Friday bridge and European adventures with dear friends. She loved a good laugh, a good debate and a good book.

She was at heart a “big ol’ flirt.” Men in her orbit got a huge kick out of her.   Other strong women got what made her tick and naturally became her friend. She treasured her son and daughter in law and thought they were the very perfect addition to her clan.  She had a natural way with young people, especially her grandchildren and step grandchildren.  Her joy was so open and apparent, laughing with them - and at times at their antics and tantrums - and always, always made them feel like their presence was the most wonderful thing in the world at the moment they arrived.

Her eyes twinkled and her laugh was rich and genuine as she gathered with loved ones, whether her many beautiful living rooms throughout the years, on the sands of Chappaquiddick Beach Club, the dance floor of the Edgartown Yacht Club, the grass courts of Longwood Cricket Club, and the dining room at Martha’s Vineyard Golf Club.

Several years ago, John and Mary took up residence at Linden Ponds in Hingham, spending six months a year in Hingham, close to their grandchildren, and the remaining six months in Edgartown.  There too, they fostered a great community of friendships and she treasured her dinners in the dining room and Monday bridge with her new friends.

The family asks during these trying times, for all to reflect on the EE Cummings/Sister Carlota quote Mary Maud pinned to their kitchen bulletin board:  Be of love, a little more careful than of anything.

Due to restrictions on travel and gatherings imposed by the coronavirus emergency formal funeral plans have not been made yet.

There will be a celebration of Mary’s life later in the summer.

Donations in her memory may be made to Roxbury Weston Pre-School (https://www.roxwes.org)

To send flowers to the family or plant a tree in memory of Mary Sullivan, please visit our floral store.

You can still show your support by sending flowers directly to the family, or by planting a memorial tree in the memory of Mary Sullivan
Share a memory
© 2020 Downing Cottage Funeral Chapel. All Rights Reserved. Funeral Home website by CFS & TA