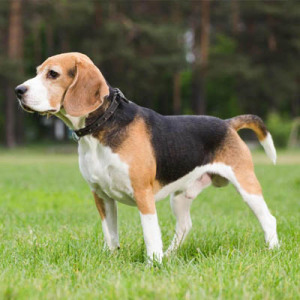 Leo M. Sherwin of Hingham, passed away peacefully at home, on December 29, 2020.

Born and raised in Shaftsbury, VT, Leo was an avid outdoorsman with a passion for hunting. In addition,he was a proud and talented gardener, locally known for his homegrown corn, blueberries, pumpkins and even Christmas trees. Leo was also a respected dog breeder, providing many years of love and happiness to countless families with his legendary beagles.

At his grandmother's urging, Leo left Vermont to join the U.S. Army where he served during the Korean War. Honorably discharged in 1953, he soon after began his career with Metropolitan Life Insurance Co., retiring over 30 years later.

Anyone wishing to make a donation in Leo's name, please consider

the "Hingham Veteran's in Need" Fund

To send flowers to the family or plant a tree in memory of Leo M. Sherwin, please visit our floral store.

You can still show your support by sending flowers directly to the family, or by planting a memorial tree in the memory of Leo M. Sherwin
Share a memory
© 2021 Downing Cottage Funeral Chapel. All Rights Reserved. Funeral Home website by CFS & TA | Terms of Use | Privacy Policy