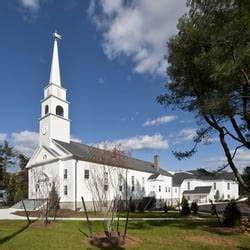 Lawrence C. Wagner, Jr. of Rockland, MA, went home to be with his Savior on June 4, 2021, at the age of 82 and a lifetime of serving his God and his family.  After a long battle with Parkinson’s disease, he is survived by his beloved wife, Constance Wagner of Rockland, his sons and grandchildren.  Larry was a devoted, loving father to his three sons and their families: Jeffrey and Amy of Weymouth, MA, Gregory and Rose of Weymouth, MA and Glenn and Lisa of Maynard, MA.  He was Papa to his 9 grandchildren: Alexis, Nickolas and Vaughn of Weymouth; Kyle, Wyatt and Audrey of Weymouth; and Joshua, Isaac and Corban of Maynard.  Raised in Dorchester by Lawrence Sr. and Pauline Wagner, he was also predeceased by his sister Mildred Mulholland of Stoughton, MA.  Larry is the uncle of Linda Hurley of Arlington, TX and Robert Mulholland of Arlington, OR.

Larry loved the Lord and faithfully served Him for many years beginning at Stoughton Street Baptist Church in Dorchester where he grew up, was baptized and served as a junior deacon, usher and member of the choir. After worshiping for twelve years at the Congregational Church in East Weymouth, Larry and Connie became members of South Shore Baptist Church in the early 1980’s and in 1990 helped plant North River Community Church in Pembroke. After ten years of serving there they returned to SSBC where Larry and his son Jeff along with like-minded men developed 3rd Monday, a monthly Ministry to men that provided Spirit-filled teaching and guidance for 13 years.

Larry had a long career with Gillette starting at age 17 as a machine shop apprentice and retiring after 40 years as an Industrial Engineer in 1996. He attended night school at Northeastern University for 12 years earning his Associate of Science in Mechanical Engineering and his Bachelor of Science degree in Industrial Engineering in 1975. Larry served on many committees, including the employee recreation committee where he assisted planning large company family events. He was on one of the Gillette softball teams and served as coach of the Gillette girls’ softball team where he first met Connie, his “favorite” short-stop. This led to their June 12, 1965 marriage of 56 years.

Larry and Connie lived in Lynn until 1967 when they moved to Weymouth just before their first son Jeff was born. He loved being a Dad and was the first to answer “the midnight cry”. As Greg and Glenn came along Larry devoted his non-work time to helping Connie and adding to their home by doing all the finish carpentry and decorating to their two-room addition. Larry also built a 6’ tall basket-weave fence all around the back yard out of the wooden boxes the steel came in for Gillette blades. His Dad, aka “Pa”, removed all the nails and helped Larry plane, size and stain all the wood…and then “weave” it. These and other “fixer” activities set an example that Jeff, Greg and Glenn follow in their approach to maintaining their own homes.

Larry loved spending time with his sons and grandchildren teaching them to ride bikes, play golf, and baseball with a bit of football thrown in. He was a baseball coach when needed, participated in Scout activities, took them to practices, dance and music lessons, ice skating, and games. He brought them to parks, fire stations and to the Gillette parking lot to watch the “Big Dig” machines in action in Southie. For many years the family would spend vacations in Nova Scotia on his Aunt’s farm where he taught the boys how hay was mowed, raked and bailed and other farm-life activities. He helped the boys repair cars and gave all his sons and grandkids driving lessons, if not in the car then verbally. He kept track of all their activities and attended their games, recitals and special school events.

Larry was very generous with his time, knowledge and know-how for the boys’ friends whether it was help with car or other problems, transportation, or just information. The Wagner home was always a welcome haven when needed and served as a temporary second home for many. Larry was loved and respected because of the thoughtful, respectful and honest way he treated everyone.

We praise God for Larry, a quiet, gentle servant of God with a great sense of humor, who deeply loved his Heavenly Father, his family and friends with a willingness to serve wherever and whenever. Because of his steadfast faith in Jesus we can say with certainty that Larry has been welcomed by his Lord with a “Well done, my good and faithful servant.”

In lieu of flowers, donations may be made for Parkinson’s research to Michael J. Fox Foundation: on line www.michaeljfox.org/donate;

To send flowers to the family or plant a tree in memory of Lawrence C. Wagner, please visit our floral store.

You can still show your support by sending flowers directly to the family, or by planting a memorial tree in the memory of Lawrence C. Wagner