Read more about the life story of Kevin and share your memory.

Kevin Charles Timmons succumbed on November 14, 2022 after a lengthy battle with Lewy Body Dementia. Born in 1950, Kevin was the son of Charles and Gladys Timmons. He was raised and educated in Braintree, MA. From an early age, Kevin displayed the intelligence, determination, and selflessness that would serve him well throughout his life. In 1972, Kevin graduated from Boston College and was drafted into the US Army. He was sent to the Distinguished Language Institute in Monterey, California for Russian studies. He served in the Army Security Agency in Berlin, Germany during the Cold War.

Upon completion of his military service, Kevin joined the National Security Agency and later transitioned to the Central Intelligence Agency where he remained until his retirement. During these years, Kevin travelled extensively in Europe and Asia. Throughout his career, Kevin continued to pursue his professional development at several international institutes. The National Intelligence Medal of Achievement was one of the many awards and commendations that Kevin received.

His wife and two sons joined him in his assignments to Berlin and Augsburg, Germany and North Yorkshire, England. Despite the challenges of a rigorous schedule, Kevin ensured his family enjoyed a lifetime of experience and memories by visiting many landmarks across Europe.

After retiring in 2017, Kevin and his wife Jackie moved from Maryland to North Waterboro, Maine settling in a lakeside home on Lake Arrowhead. This presented many opportunities for Kevin and Jackie to spend time swimming, boating, fishing, and playing croquet, cornhole and card games with their two sons and granddaughters. For Kevin, retirement was all about enjoying the family. He also eagerly sought out new adventures with Jackie in their RV. Kevin was active in St. Matthew’s Church in Limerick, Maine where he was a third-degree knight in the Knights of Columbus.

Kevin leaves behind his wife of 49 years Jacqueline (Ford) Timmons and sons Liam Timmons, his wife Lauren and daughters Mackenna and Emma of Attleboro, MA, Tristan Timmons and his wife Meredith of Landsdowne, VA, and sister Mary Timmons of Plymouth, MA.

A Wake will be held on Friday November 18 between the hours of 4pm-7pm at Downing Cottage Funeral Chapel, 21 Pond Street, Hingham, MA.

A Funeral Mass will be held on Saturday November 19 at 10am at St. Paul’s Church, 147 North Street, Hingham, MA.

Donations in Kevin’s memory may be made to the following organizations:

To send flowers to the family or plant a tree in memory of Kevin C Timmons, please visit our floral store. 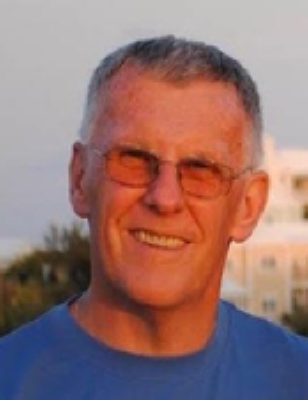 You can still show your support by sending flowers directly to the family, or by planting a memorial tree in the memory of Kevin C Timmons
SHARE OBITUARY
© 2022 Downing Cottage Funeral Chapel. All Rights Reserved. Funeral Home website by CFS & TA | Terms of Use | Privacy Policy | Accessibility