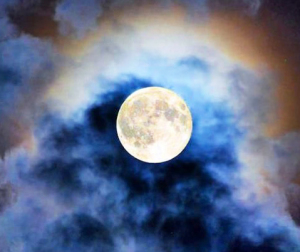 In lieu of flowers, please donate to the Trustees of Reservations in Joe’s memory if you would like. You can do so at http://www.thetrustees.org/donate/honorary-and-memorial-gifts/. From the Honorary & Memorial Gifts page, click Make an Honor or Memorial Gift, and then please specify Joe’s name under Memorial Options when submitting.

A Tribute to Joe

Joe and I (Jane) met at college at a Halloween party in 1976. There was immediate chemistry and over the semester break the two of us lived together in Plainfield, Vermont, while taking care of one of Jane’s professor’s homes. From the beginning I knew this was a special, unique man, and I would never find another like him. We spent that winter break with friends, cross country skiing, hanging out, and getting to know each other. We went on from there to live together on Martha’s Vineyard for a while, working in restaurants, and wintering over. Joe shucked scallops while I waitressed and we had an incredible time in the land of James Taylor. Joe’s family had brought the whole family down every summer to the vineyard where they rented a house for the season, and Joe’s time there left an indelible mark on him and led him on to become more worldly, with a love of Massachusetts and its liberal melting pot. I graduated before Joe and moved out to San Francisco, and the night Joe graduated the winter semester, he got in his old Dodge Charger, hit the gas, and crossed mountains and prairies in a mad rush to rejoin me. He made the trip in two days. He worked as a waiter in high end restaurants (so many restaurant jobs led to a love of cooking and eating gourmet food) and I had a job as a group home counselor for the San Francisco Boy’s Home.

Shortly before we married in 1980 Joe began his studies at Tufts University to get a Masters Degree in Public Policy. At the same time I attended Suffolk University for my masters degree. We had so much in common, and shared so many common interests. We both did internships in State Government, and got a lot out of that. I think that spirit of giving back to his community started there, and he loved his time working with the town of Hingham – 27 years on the Zoning Board of Appeals (ZBA) meant a lot to him. His career took off, and he enjoyed it. His companies always had cool names: BSC, Tetra Tech, Earth Tech, BETA, and more. He was an environmental consultant, a regulatory specialist who looked at the impact of large projects like The Third Harbor Tunnel, for example, on the environment.  It was a demanding job and he always had a long commute but he loved the challenge.

The two of us shared a love of reading and writing, and his job involved much of that.  He especially loved science fiction and was a major fan of prog rock - Genesis and Yes in particular.  He was an intellectual man, very interested in history, a walking encyclopedia, as well as a true renaissance man.  He was as skilled in the kitchen as around the house.  He was a gregarious, social man, who loved to be around people and engage in lively discussion and repartee, a true social butterfly.

When we were first married we lived in a condo in Cambridge, a wonderful experience, and we were thrilled to see our son and his girlfriend now having that same experience.  After being in Cambridge for 4 years we moved to Arlington, MA. I remember in Arlington how he built from scratch a gorgeous deck under the Catalpa tree in our backyard, retiled the bathrooms, and in our current home, installed a beautiful backsplash in the kitchen.  Another shared interest – our love of nature and natural settings.  We always had gardens, vegetable gardens as well before being in our current condo, and did many a hike and ticked off so many visits to National Parks, most recently the Badlands in South Dakota (incredible). Lately, we had been spending a lot of time at Trustees of Reservations properties throughout the state, World’s End being our favorite.

When I got a job in 1988 at Jordan Hospital in Plymouth, Joe was thrilled to move to Hingham, and at the time commute on the Ferry to his office at BSC. Living near the water was his dream and reminded him of those fabulous Freeman family summer times on the Vineyard. He spent 32 happy years in Hingham. When our son James was born in 1992, Joe was ecstatic.  He finally had the son he had dreamed of, and was uber involved in all things James from the getgo. The two of them had an unbreakable bond that will always exist.

Joe retired one year ago, and was in a good place. He relished life with the enthusiasm of a little kid.  He was living the dream, the good life, and had achieved many goals. He had an intimate, loving family, golfing with his golf buddies (who meant so much to him), and seemed in the peak of health – vibrant, strong, in the prime of his life.

Joe was also intimately involved with my family for many years, and a very kind, loving man.  When my 100 year old mother moved in with us recently, he was always there for her (and me), giving her love and attention and home cooking (she is now with my sister in Scituate). He gave the same love and attention to our darling little needy Tuxedo cat. When we became empty nesters, and I brought home our first shelter cat, it wasn’t long before Joe’s soft side surfaced and he and the cat became inseparable.

In the week prior, Joe was as active as ever. Golfed three times and began teaching me to golf. We did a massive garden redo together, and the day before he died, a beautiful bike ride through Bare Cove Park. Not to mention recent multiple walks – Joe liked to count his steps - up Turkey Hill, at World’s End, and Wompatuck State Park, all in Hingham.

When the end came, Joe had just arrived at a golf course after driving an hour and a half for a weekly golf game with his league. Walking on to the course, he fainted. He immediately lost consciousness, and never knew what hit him. His buddies were there for him and commenced CPR and I’ll always be thankful for their help. Joe never came back to us and two days later at Emerson Hospital in Concord James and I had no choice but to help him find his way into the next world.

When we finally left the hospital late that night, there was a big glowing full moon in the sky beaming down on us – Joe’s spirit – bright, beautiful and beaming, and I’ll always remember him that way.

The Trustees of Reservations http://thetrustees.org

To plant a tree in memory of Joseph Freeman, please click here.