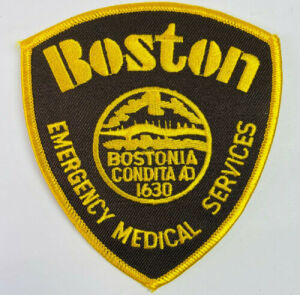 John Patrick Cafferty died peacefully at The Harbor House in Hingham, Massachusetts on June 9, 2021 at the age of 82.

John was born on December 7, 1938 in “Sargura” Curry Co. Sligo, Ireland to James and Mary Cafferty.  After emigrating to the United States with his sister Bea, one of John’s first jobs was at The South Shore Country Club. He developed a keen interest in real estate and property development while working as a senior manager for The Flatley Company.  John attained his Real Estate Broker's license and was the owner/manager of The Cafferty Company. He successfully managed several South Shore Commercial Properties for decades.  John was also a member of the Massachusetts Housing Finance Agency and the Massachusetts Convention Center Authority.

John was very active in the Town of Hingham in various organizations including The Hingham Community Center, the Kiwanis Club, and the Rotary Club of Hingham. He was passionate about local government and held positions with The Planning Board and the Housing Authority for the Town of Hingham.  He also used his extensive political knowledge and contacts as Campaign Manager for the re-election of State Representative Mary Jeanette Murray. He was an active and dedicated member of the St. Paul's Parish in Hingham and served as an usher for many years.

John was a proud Veteran of the United States Army and enjoyed participating in local ceremonial events. He will be fondly remembered for his love of a good party, glass of Chardonnay and being first on the dance floor.

A funeral is scheduled for Monday, June 14th at St. Paul’s Church, North St., Hingham at 10 AM.

All are welcome to attend and celebrate John’s life but if you are unable follow this link for the streamed service.

In lieu of flowers, please send donations to

To send flowers to the family or plant a tree in memory of John Patrick Cafferty, please visit our floral store.

A Memorial Tree was planted for John Patrick

You can still show your support by sending flowers directly to the family, or by planting a memorial tree in the memory of John Patrick Cafferty
Share a memory
© 2022 Downing Cottage Funeral Chapel. All Rights Reserved. Funeral Home website by CFS & TA | Terms of Use | Privacy Policy | Accessibility