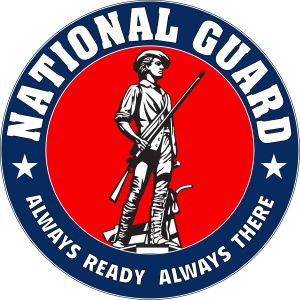 Jay A. Sullivan of Hull, died peacefully at his home on November 4th.  He was born in Winthrop, Massachusetts to John E. Sullivan and Marie (Abely) Sullivan and was stepson of Gwendolyn Sullivan.  Husband of Josephine Ventresca Sullivan, father of Michael A., Katy, and Sheila Sullivan; brother of Barry Sullivan of Danbury, New Hampshire and the late Neil Sullivan of Bettendorf, Iowa; and was the proud grandfather of Colin, Riane and Liam Sullivan.

Jay attended school in Winthrop as a child, and Bridgeton Academy in Maine as a young adult.  Jay’s talent as an artist was evident when very young and continued throughout adulthood, ranging from graphic design and illustration to fine marine landscape painting.  After marriage and while raising a growing family, he attended the School of the Museum of Fine Arts in Boston while working the nightshift in the advertising department of the old Boston Record/Sunday Advertiser as well as at various Boston advertising agencies. His forty-plus year career in newspaper advertising art ended when he retired from The Boston Herald in 2002.

Jay loved fishing, hunting, and camping with his young family in the White Mountains of New Hampshire, traveling the Coast of Maine, all animals large and small; his spectacular Christmas trees decorated with prized ornaments hand-picked by him, photography, sunsets and surf in Hull, greeting The Tall Ships with his family on his Grady White in Boston Harbor for the nation’s 1976 bicentennial.  From Winthrop to Boston to Hull, he was never far from the imagery of the sea.

In lieu of flowers, please make donations in Jay’s name to:

There will be a private funeral service at a later date.

To send flowers to the family or plant a tree in memory of Jay A Sullivan, please visit our floral store.

You can still show your support by sending flowers directly to the family, or by planting a memorial tree in the memory of Jay A Sullivan
Share a memory
© 2021 Downing Cottage Funeral Chapel. All Rights Reserved. Funeral Home website by CFS & TA | Terms of Use | Privacy Policy