Share a memory
Obituary & Services
Tribute Wall
Read more about the life story of Janna and share your memory.

Janna was born in Oak Park, Illinois on July 23rd, 1936 to Everett and Murial Martin and was affectionately called “Nonie” by her family. She was a beloved and generous mother, sister, grandmother, friend and confidant. Janna brought out the goodness in others.

Janna graduated from Indiana University in 1958. She spent her career fighting for the rights of those unjustly labeled as failures and abandoned by systems of schooling. She was trained as an Orton/Gillingham literacy instructor at Massachusetts General Hospital's Language Disorders Clinic and earned her EdD in Adult Literacy from Curry College. Janna founded Wellspring’s Adult Education Program in Hull, Massachusetts and co-authored a book, “Unlocking the Potential of Adults with Learning Differences” that was used in adult learning programs across the state. Janna was a creative teacher helping others learn in non-traditional ways. She supported them to become successful readers and writers, never wavering from seeing their dignity, intelligence, and brilliance even amidst their struggles with Dyslexia.

Janna was a life-long Christian Scientist. She demonstrated, through example, how to live a life grounded in spirituality. She also had a deep connection with the natural world. She reveled in the beauty of a late afternoon swim off the shores of Nantucket Island and Grand Haven, Michigan. Janna loved hiking the trails of Vermont, the shores of Massachusetts, and the coastline of Maine. She was an avid birder, never leaving the house without her binoculars, and always kept her bird feeders full.

Janna experienced the world through humor and whimsy, delighting her friends and family. She once showed up for the annual Derby Academy mother/daughter field hockey game wearing a paper mache pumpkin head as a goalie helmet. She wrote Easter hunt clues that rhymed, and animated the voices of characters in picture books when she read them to her children. Janna wanted to be a puppeteer and dreamed of traveling cross-country in a Winnebago.

Janna had a special relationship with her pets through time - Homer, Petie, Tilly, Andy, Lilly, Spoofy, BC, Ben, Sadie, Sherman, and Clifford.  We hope they greeted her at the door of her next experience with wagging tails, ready for a brisk walk and maybe a treat or two.

A celebration of Janna’s life is planned for late spring/early summer 2023 in Hingham, Massachusetts.

To send flowers to the family or plant a tree in memory of Janna Oddleifson, please visit our floral store. 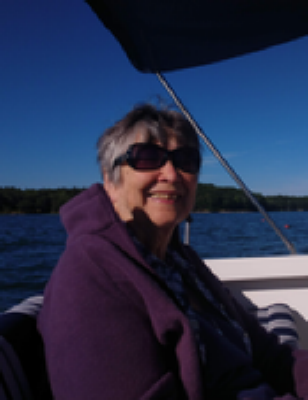 You can still show your support by sending flowers directly to the family, or by planting a memorial tree in the memory of Janna Oddleifson
SHARE OBITUARY
© 2023 Downing Cottage Funeral Chapel. All Rights Reserved. Funeral Home website by CFS & TA | Terms of Use | Privacy Policy | Accessibility