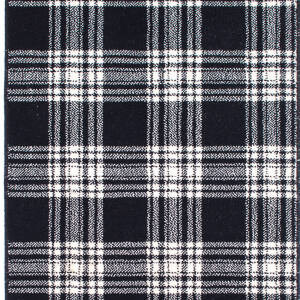 Ian Stuart Menzies of Hingham and Chatham passed away June 1, 2021 at the age of 101. He was born in Glasgow, Scotland, the only child of John Menzies and Gertrude Mephius Menzies. At an early age he was drawn to boats and spent many happy days as a Boy Scout sailing from Balmaha on the waters of Loch Lomond. At 17 he realized three things: " (1) I was not a scholar, (2) war was coming, (3) I wanted freedom from the confinement of an office, and I decided to try for journalism. He applied to The Glasgow Herald, and was told by the editor If he could learn to type 80 words a minute and take 120 words a minute shorthand he would give Ian a job, and he was true to his word.

Not much later, Ian signed up with the Royal Naval Reserves early in 1939, and on September 3, 1939 Britain declared war on Germany. His first assignment was on the drifter, "Seabreeze," sailing from Peterhead to Scapa Flow off Orkney, in very rough weather, the very seasoned coxswain and Ian were at loggerheads over Ian's charts and the coxswain reckoned he could smell his way to Scapa more accurately than Ian's charts. Without either man backing down, they decided if the coxswain's sense of smell disagreed with Ian's charts they would reconsider.

Ian's next assignment was on Singer's, (of sewing machine fame), converted yacht, In Trinidad, hunting German submarines. He was chagrined to be in the lap of luxury upon learning that an unexploded German bomb had landed in his parents back garden, he longed for more action and requested a transfer to destroyers. He served on HMS Blencathra, and HMS Boreas, seeing action in the North Sea, the Atlantic, Africa and the Mediterranean. His last ship was the HMS Stayner, a destroyer escort class built in the Hingham Shipyard, on the Lend Lease Program, christened in 1943, and served on patrol and escort duty in the Atlantic and the English Channel. HMS Stayner laid the Dan Buoys prior to D-Day to guide the troop ships to the various beaches in Normandy and patrolled off-shore during the landings. Ian was awarded the Distinguished Service Cross by King George the VI for action at sea to support the Normandy Invasion.

While stationed in Hingham he met and later married Barbara E. Newton, a noted watercolor artist on the South Shore. After the war, they returned to Scotland, but jobs were scarce, housing scarcer, and Britain was on rationing and would be for 11 more years. The decision was made to return to Hingham. Ian was hired as a reporter for The Boston Globe in 1948. In 1958 he became science editor, and was awarded a Nieman Fellowship at Harvard. He became Managing Editor and Associate Editor, writing columns about the city, the good, the bad, and the ugly. He wrote columns that shone a light on the new architecture of the up and coming Boston, on the people and organizations, such as Rosie's Place that were trying to make a difference, and on the discrepancies in the Boston School System, and he was the leading voice that promoted and publicized the early efforts of Save The Harbor / Save The Bay that began the clean-up of Boston Harbor in 1986. This is a lasting legacy for Boston and became the blueprint for cities across America looking to revitalize their urban centers.

Ian envisioned Boston as a world class city and used the power of journalism to support, and promote vibrant new Ideas that would bring about that reality.

In 1985 he retired from The Globe, becoming a Senior Fellow at the John McCormack Institute of Public Affairs at UMass Boston. He was a frequent contributor to magazines including, The New Republic, Country Journal, Parade, Boston and The New England Journal of Public Policy. He also wrote weekly columns for The Patriot Ledger. Some of his stories were included in The Great Society and Its Legacy. He was the recipient of many awards.

Ian collected his military memories in his Memoir: "We Fought Them on the Seas: Seven Years in the Royal Navy", published in 2012.

Ian was very proud of being a Scot, and had a Robert Burns quote to match any occasion. He was a lifetime member of the Menzies Clan Society. As past president of The British Officers Club of New England, he and Barbara organized Burns Suppers at the Club for 19 years.

Our grateful thanks to all of Ian's caregivers from Home Instead, Norwell, MA, and the Hospice of Norwell VNA.

Services will be private.

In lieu of flowers, memorial donations may be made to the environmental organization of your choice.

To send flowers to the family or plant a tree in memory of Ian Stuart Menzies, please visit our floral store.

You can still show your support by sending flowers directly to the family, or by planting a memorial tree in the memory of Ian Stuart Menzies
Share a memory
© 2022 Downing Cottage Funeral Chapel. All Rights Reserved. Funeral Home website by CFS & TA | Terms of Use | Privacy Policy