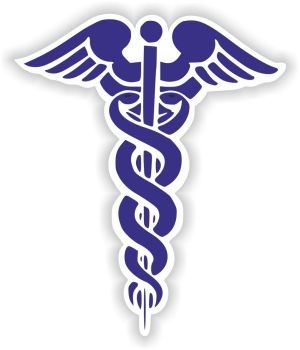 Howard E. Kulin, M.D., of Hingham, Massachusetts, died on August 17, 2020 at the Pat Roche Hospice Home after a long battle with Parkinson's disease.  He was 83 years old.  Born in Worcester, MA in 1937, he was the eldest child of Louis and Ann Kulin.  He is survived by his two younger sisters, Arleen Kulin of Cambridge, MA and Nance Liebgott of New York, NY.  He leaves behind the love of his life, his devoted wife Hanne (née Høirup) who resides at Linden Ponds, Hingham, MA.

Howard attended Phillips Exeter Academy, Harvard College and Cornell University (Weill) Medical School.  He completed his training in pediatrics at Boston Children's Hospital.  In 1964, he served his country as Medical Officer in the Reserve Corps of the United States Public Health Service.  Further education in endocrinology and pediatric endocrinology was obtained at the National Institute of Health (NIH) Bethesda, Maryland and the University of California, San Francisco Medical Center.  He returned to the NIH as a Senior Staff Scientist and in 1972 moved to Hershey, Pennsylvania as Associate Professor of Pediatrics at Penn State College of Medicine.  Three sabbatical study leaves allowed travel to the University of Nairobi, The Population Council in New York City, and the University Hospital in Copenhagen.  He became Professor Emeritus at Penn State Hershey in 1998.

Howard and Hanne met in Denmark in 1963. They have been married for 57 years and have three sons: Ian Thomas Kulin of Wrightsville, Pennsylvania, Kim Eric Kulin (Carlota Rios Kulin) of Hingham, MA, and Jacob Morten Kulin (Myriah Hampton Kulin) of Milton, MA. They have five grandchildren: Emma, Ethan, and Tyler Kulin of Hingham and Asher and Mia Kulin of Milton.  He also leaves behind his Danish family, whom he adored and visited often.

Howard was a bright, vivacious and humble man who was always the first to downplay his many accomplishments.  He was appreciated by his medical students, patients and colleagues.   Howard was a passionate collector of vintage cars, as well as antique maps and oriental rugs.  He was also an avid bird watcher. When he retired, people would often ask him what he would do with all of his free time and he would simply answer, “I will watch the bluebirds.”

Those we love don't go away,

They walk beside us every day.

Unseen, unheard, but always near,

The family will host a private Shiva service.

In recognition of his service to our country, military honors and the presentation of a flag in Howard’s memory will take place at a later date.

Memorial donations may be made to the Parkinson’s Foundation.

To send flowers to the family or plant a tree in memory of Howard E Kulin M.D., please visit our floral store.

You can still show your support by sending flowers directly to the family, or by planting a memorial tree in the memory of Howard E Kulin M.D.
Share a memory
© 2021 Downing Cottage Funeral Chapel. All Rights Reserved. Funeral Home website by CFS & TA | Terms of Use | Privacy Policy