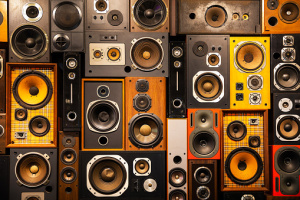 After graduating from Cornell in 1971, Frank moved to Boston, Massachusetts and began working at Stone & Webster as a nuclear engineer in charge of designing safety systems for nuclear power plants, a job he held for thirty-five years, eventually moving into management. He married Nanette Elia, née Citro, in 1983, and they raised three daughters in Hingham: Gina, Sophia, and Sarafina Elia. After his divorce, Frank resided with his partner of twenty years, Kristine Cloyes, in Pembroke.

Frank was a lifelong learner and had numerous hobbies, which he loved sharing with his daughters. He enjoyed teaching himself French, German, and Italian, and frequently listened to audiobooks about European and American history. He also kept up with new technologies, and was first in line to purchase each new product that emerged over the years, including laser discs, cameras, home computers, CDs, DVDs, and mp3 players, but never Apple products! He documented as many memories as possible, and left behind a plethora of film reels, videos and photographs for everyone to remember him by.

As a former member of the marching bands at Monsignor Farrell and Cornell, he also loved to listen to music, from the classical sounds of Beethoven’s “Ode to Joy” to rock and Broadway showtunes. One of his favorite musical groups was Simon & Garfunkel. Because of his love of music, Frank also loved movies with memorable soundtracks such as The Graduate. Frank married his two loves of technology and music through his deep interest in speakers and other audio accessories. He owned far more audio equipment than the average person, and experimented constantly with different techniques for maximizing the sound quality of music and films he would play for his partner and daughters. Frank also loved food, especially Italian cuisine, steak, and pastries. One of his great joys was sharing meals with family, trying new foods that his daughters would cook or gift him from their travels.

Frank’s memorial Mass will be held on Friday, October 29th at St. Mary’s Church in Hanover, Massachusetts at 10:00 am. Relatives and friends are welcome to attend. All expressions of sympathy, including flowers, memorial donations to the Cornell Lab of Ornithology, and cards are welcome. In lieu of flowers, family requests donations be made to: Cornell Lab of Ornithology 159 Sapsucker Woods Rd. Ithaca, NY 14850.

To send flowers to the family or plant a tree in memory of Frank A. Elia Jr., please visit our floral store.

You can still show your support by sending flowers directly to the family, or by planting a memorial tree in the memory of Frank A. Elia Jr.
Share a memory
© 2021 Downing Cottage Funeral Chapel. All Rights Reserved. Funeral Home website by CFS & TA | Terms of Use | Privacy Policy