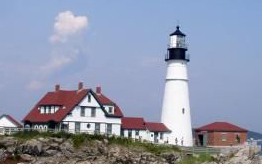 Forbes Woodhull Kelley Jr. passed away peacefully at his home in Quincy MA, on 1 September 2020. Skip, as he was known to his friends and family, was the son of Col. Forbes W. Kelley (US Army) and Ruth T. Kelley (US Navy Nurse Corps.)  Skip was born in California while his parents were on active duty there in 1945 and later moved to Hingham, MA where he attended school. The family was a summer resident of Boothbay Harbor, Maine.

He continued his education at the University of Miami in Coral Gables, FL. after being discharged from the US. Army.

After serving in Korea and discharged, he continued his education at Northeastern University obtaining degrees in computer engineering, both hardware and software. Upon graduation he worked for several computer companies and became a contact for President Jimmy Carter for computer problems.  Later he attended Harvard where he earned several degrees in environmental and economic areas. Skip joined the American Legion and was a member of the Harvard Club of Boston and Harvard Faculty Club.

Skip was predeceased by his parents and survived by his cousins. In lieu of flowers, memorial contributions can be made in Skip's name to the Ronald McDonald Home.

Memorial services are not planned at this time.

To send flowers to the family or plant a tree in memory of Forbes W Kelley Jr., please visit our floral store.

You can still show your support by sending flowers directly to the family, or by planting a memorial tree in the memory of Forbes W Kelley Jr.
Share a memory
© 2021 Downing Cottage Funeral Chapel. All Rights Reserved. Funeral Home website by CFS & TA | Terms of Use | Privacy Policy