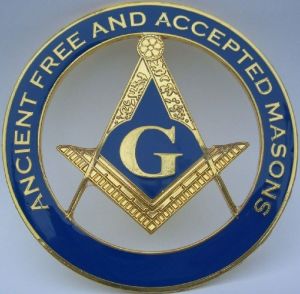 Ernest Christos Sofis died very peacefully on November 5, 2021 at the age of 91 surrounded by his close and loving family.

Born March 5, 1930 in Pittsburgh, Pennsylvania, Ernie was the only son and middle child of Aspasia and Christos Sofis — Greek immigrants who journeyed to Ellis Island in 1911.

Ernie was the devoted husband of Mary Ann (Kremonas) Sofis for 63 years. They lived in Hingham, Massachusetts for 50 years where they raised their two daughters, Lisa and Dina.

Ernie’s lifelong career in hospitality and food service began at age 8 washing dishes at his father’s downtown restaurant “Sofis Corners”. After earning a degree in hotel administration from Cornell University in 1951, Ernie enlisted during the Korean Conflict and was sent to Nuremberg, Germany as a Second Lieutenant in the Army. He served for two years as Executive Officer of a supply depot.

Honorably discharged, Ernie began his extensive career in marketing — first with spice giant McCormick Company, then Pepperidge Farms, then Howard Johnson’s where he ultimately ran the division responsible for furnishing and equipping all their restaurants and hotels.

Ernie liked to say his time at McCormick in Baltimore was the most fruitful because he met his wife Mary at a piano concert in 1958. They were married six months later, ultimately settling down in Hingham. A dedicated dad and avid sports fan, Ernie could often be found on the sidelines of his girls’ softball, field hockey, and lacrosse games.

While his first commitment was family, Ernie had two other passions — church and veterans. Emboldened by the memory of his grandfather, a priest in northern Greece, Ernie helped create Greek Orthodox church communities in Pittsburgh and four other US cities. His most challenging effort involved the purchase and conversion of an Episcopal church into the now thriving Panagia Greek Church in Cohasset, MA. In recognition of his devotion, the Metropolitan of the Boston Greek Church invited Ernie, Mary and others to join him on a mission with the Cardinal of the Archdiocese of Boston. The memorable journey included audiences with the Pope at the Vatican and the Patriarch of the Greek Church in Constantinople.

Ernie worked tirelessly to support and honor his fellow veterans. His greatest contribution was spearheading the restoration of Hingham’s Grand Army of the Republic (GAR) Hall. Built in 1888 by Union Army veterans, the GAR served as a gathering place for veterans after the Civil War. The dilapidated Hall was ready to be torn down in the early 2000s when Ernie helped orchestrate a combination of state and local funding to transform the site into a military museum with education programs that connect high school students with veterans. Ernie also worked behind the scenes to help veterans experiencing housing, financial, and social difficulties.

He was a Mason for 50 years, including a term as Grand Master of Rabboni Lodge in Boston. He was honored for his decades of Masonry in May 2021 at a special service in Westwood, MA. And Ernie loved drawing on his lifelong culinary skills by organizing and preparing, over the years, thousands of hot meals for homeless residents of Father Bill’s in Quincy.

Connecting their interest in politics with their Greek heritage, Ernie and Mary were part of a corps of persistent and early supporters of Governor Michael Dukakis, with Mary serving as a delegate to the national convention when Dukakis was the Democratic nominee for President in 1988.

In addition to his loving wife Mary, Ernie Sofis is survived by daughters Dina of Watertown, MA and Lisa and her husband John Scheft of Arlington, MA. He also leaves behind his two grandchildren: Callie Sofis-Scheft of Washington, DC and Perry Sofis-Scheft of Arlington. Other close family include his older sister’s children: Tina Evangelides Donovan of New York City and her brother Stephen Evangelides, Jr. of Red Bank, New Jersey, as well as first cousins Constantine “Gus” Sofis of Scottsdale, Arizona and Tom Sofis of Italy. Many other family members still reside in Pittsburgh. Along with his parents, Ernie was predeceased by both of his sisters, Alice (Sofis) Evangelides and Constance Sofis.

Ernie Sofis’ most endearing quality was putting people at ease and connecting with them. His service and commitment to others is his legacy. A celebration of his life will be held on Saturday, November 20, 2021 at 1:00 p.m. at First Parish, Hingham, Old Ship Church, 107 Main St. Hingham, MA. In lieu of flowers, donations may be sent to Father Bill’s and Main Spring, 430 Belmont St., Brockton, MA 02301; or to the GAR Memorial Hall Gift Fund, c/o Treasurer, Town of Hingham, 210 Central St., Hingham, MA 02043.

To send flowers to the family or plant a tree in memory of Ernest "Ernie" Christos Sofis, please visit our floral store.

A Memorial Tree was planted for Ernest "Ernie"

You can still show your support by sending flowers directly to the family, or by planting a memorial tree in the memory of Ernest "Ernie" Christos Sofis
Share a memory
© 2022 Downing Cottage Funeral Chapel. All Rights Reserved. Funeral Home website by CFS & TA | Terms of Use | Privacy Policy | Accessibility