Read more about the life story of Ellen and share your memory.

Ellen Joy (McCusker) Marlette passed away peacefully on November 12, 2022, surrounded by her son George L. Marlette and a loving family. She was the daughter of Harry and Mildred McCusker of Weymouth, Massachusetts.  She resided in the Town of Cohasset for over fifty (50) years. She is survived by her beloved son, George L. Marlette, and his fiancé Kimberly Granatino, of Cohasset and Hingham, MA,  an uncle, Richard Hanabury and his wife Marie, of South Weymouth, MA, step grandchildren Joey Granatino, Kevin Granatino, and Nicole Granatino, cousins Frank Lemay and his wife, Joyce, Clair Loughlin and her husband Vincent, Mary Elizabeth Pierce and her husband Robert.

Ellen was a woman of considerable intellect and talent. In her youth she was regarded as a Latin scholar and was a regular guest on a radio show of the day featuring the brightest and best students on the South Shore of Boston, MA. She was the winner of many annual spelling bees and Latin competitions and an all-A student. She was an accomplished violinist and played first violin for a symphony orchestra. She was also an avid reader especially enjoying romance and mystery novels.

Ellen started her impressive career as a fashion model, appearing in many national and local television commercials. She accepted a position as Director of Stewardess training for Northeast Airlines. Her new position enabled her to travel the world and to promote careers in aviation. As a member of management for the airline, she participated in career fairs to encourage students to sign up for flight lessons to secure their pilot’s license.  The first person she signed was herself. She enjoyed many years flying around New England in her Piper Comanche aircraft enjoying many adventures and sharing her passion for flying with her son George, who now shares that passion with his son Kevin.

Following the merger of Northeast with another carrier, Ellen chose to embark on a new career in advertising and public relations.  She founded Marlette Advertising and operated it in Boston, MA, for more than twenty (20) years.  Her focus on political advertisements won her numerous local and national awards for her creative excellence. She was frequently mentioned in the Boston Globe and Boston Herald for her many professional accomplishments and awards as an advertising professional not to mention that she was a female ad executive when predominantly men held that position. Ellen was recognized as a woman ahead of her time.

In addition to advertising and PR, Ellen was a professional spin doctor who represented high profile businesses and politicians who were having difficulty with the press.  She was highly regarded by reporters from the Globe and Herald and credited with assisting her clients in securing fair and balanced media coverage.

In 1989 Ellen traveled to Israel to assist a five (5) star hotel with its marketing materials and strategies. In her new assignment, she developed a particular affection for Israel and was intrigued with the many intellectuals, religious groups and history and she grew to enjoy her friends and eventually became a student of Judaism. A significant amount of her retirement years were spent in Jerusalem where she studied the language, people and culture and where she attended concerts, and fellowship with her many friends.

Ellen especially loved her only son, George Marlette, who took care of his Mother to her final days while she lived in and with her family in their Cohasset home. She will be missed by those who love her and her adventurous and independent spirit.

A memorial service in Ellen Marlette’s honor will be conducted on Thursday, December 8, 2022, at 11:00 am at the St. John the Evangelist Episcopal Church, 172 Main Street, Hingham, MA  02043. A collation will follow the service in Upper Weld Hall.

In lieu of flowers, donations in Ellen’s memory may be made to the Ellen Marlette Memorial Fund, c/o Rockland Federal Credit Union, 1771 Washington Street, Hanover, MA  02339. All donations will be used to fund a bench, memory garden, or other tangible memorial with a plaque in her name.

To send flowers to the family or plant a tree in memory of Ellen Joy (McCusker) Marlette, please visit our floral store. 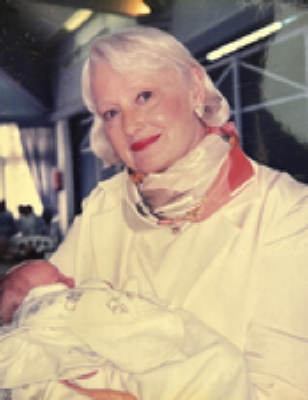 You can still show your support by sending flowers directly to the family, or by planting a memorial tree in the memory of Ellen Joy (McCusker) Marlette
SHARE OBITUARY
© 2022 Downing Cottage Funeral Chapel. All Rights Reserved. Funeral Home website by CFS & TA | Terms of Use | Privacy Policy | Accessibility