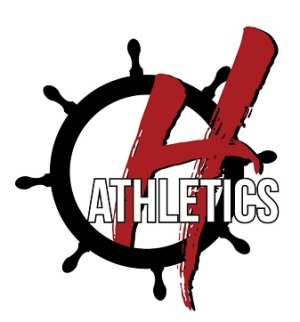 After an inspired two-and-a-half years battling and enduring cancer, treatments, and surgeries, Jon Michael Ledwick passed from this earth on September 1, 2019.

Father to C.J. and Joe Ledwick, son to John and Regina, and older brother to Chris, Jon was consoled by the presence of family as well as the heartfelt thoughts and expressions of love and thanks from many of those whose lives he touched during his life and especially as a member of the Hingham Lacrosse community.

Never one to indulge in self-pity, Jon was most proud and eternally grateful for the time that he did get to spend with his sons, C.J. (14) and Joe (10). He made the most of the time he had with them at every opportunity, both before and after his diagnosis, fishing, biking, surfing, skiing and reveling in each other’s company.

Proud of his upstate New York roots, Jon enjoyed spending time with his boys on the lakes of the Adirondacks, the beaches of Wellfleet (pre-sharks) and pretty much any place the three of them could be together.

Jon was born October 9th 1970, spending his formative years in New Hartford, NY before relocating with his family to Hingham in 1986. Jon was embraced by the Hingham community as he graduated a captain of both the soccer and lacrosse teams. He went on to North Adams College before playing collegiately at Sonoma State in California. At Sonoma he was voted a two-time captain and two time WCLL all-star .

Jon followed up college with a career in finance in Boston until his diagnosis in 2017.

Always generous with his time, talents, and resources, Jon was ever eager to help out in his hometown. He pitched in to help get the Hingham Skate Park constructed and was especially grateful to Coaches John Todd and Brian Hlidek and the Hingham Lacrosse community for the opportunity to coach as a volunteer after college and again after his diagnosis.

Jon’s passion, patience and genuine interest in not just the technical but also the personal development of every player with whom he interacted will be among his enduring legacies.

Jon’s pride in his contributions to the boys of Hingham lacrosse is eclipsed only by his ultimate satisfaction in his two boys, C.J. and Joe Ledwick.  Raising, watching, and parenting them was his signature accomplishment; the time and the quality of their experiences together brought him the greatest comfort and joy throughout his life since their births.

Aside from the love of his parents, family and community, Jon was deeply appreciative of the understanding love and companionship of Meg Milton over the last years of his life.

He is especially appreciative of the lasting friendships he made over the years in New Hartford, Hingham, Sonoma and elsewhere.

Jon is survived by his sons Joe and CJ, his parents, John and Regina of Hingham, brother Chris of Brunswick, ME, Aunt Mary and Steve Madden of Marshfield, Uncle Rick and Alice Canavan, of Pittsburgh, PA and is predeceased by his Aunt, Cathy Sarner and sister-in-law, Renata.

Visiting hours will be held Saturday, September 7th at 9 am at the Resurrection Church, 1057 Main St., Hingham, with a funeral mass to follow at 10:00 am.

To send flowers to the family or plant a tree in memory of Jon M Ledwick, please visit our floral store.