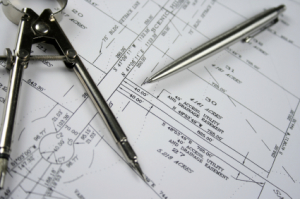 Gustav Alfred Diezemann, resident of Hingham, passed away peacefully on October 30, 2019.  He was 92 years old and is survived by his wife of 62 years, Ruth.

He was born in Brooklyn, NY on November 15, 1926, the son of Mary Ellen (Staite) and Gustav Charles Diezemann.  He married Ruth Emma Josenhans, also of Brooklyn, in 1957.

He was a graduate of the Brooklyn Technical High School, The Clarkson College of Technology (now Clarkson University) and the Polytechnic Institute of Brooklyn, receiving degrees of Bachelor and Master of Civil Engineering.  He was a member of Tau Beta Pi, and Sigma Xi, honorary engineering and scientific societies.  He was a fellow of the American Society of Civil Engineers and a licensed professional engineer.  His particular areas of expertise were dams and hydroelectric plants.

He and his family came to Hingham in 1973 when he joined the prominent engineering consulting firm Chas. T. Main, Inc. from which he retired in 1989 as Vice President.

He was treasurer of the Hingham Historical Society for over two decades and was awarded the title of Treasurer Emeritus upon retirement from the position.  He was also a volunteer van driver for the Hingham Senior Center for over twenty years and was involved in several other volunteer efforts in Hingham.  In 2007, he and his wife moved to Linden Ponds where they found living pleasant and comfortable, surrounded by caring friends.

A private service will be held at the Hingham Cemetery to celebrate his life.
Donations can be made to the Linden Ponds Resident Care Fund or House of Prayer Lutheran Church, 916 Main St. Hingham.