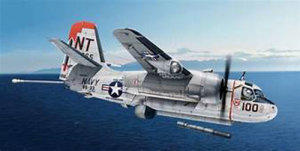 Mr. Burr was a former LT and Naval Aviator stationed at Quonset Point, RI from 1966 - 1971, flying S2F's with 205 carrier landings on the Aircraft Carriers Essex, Wasp and Intrepid, then served in the U.S. Naval Reserve at So. Weymouth Naval Air Station, So. Weymouth, MA from 1971 - 1973.

He was an avid trout fisherman and made his annual fishing trip to Colebrook, NH for over 50 years. He was also a bird hunter and a former member of the South Shore Sportsman's Club. He enjoyed driving the antique fire trucks in the Hingham Fourth of July Parades as a member of the Bare Cove Fire Museum. He was also a member of American Legion Post 40 in Plymouth, MA. He loved doing the New York Times crossword puzzles and yes, in ink.

Born and raised in Hingham, he was a 1962 graduate of Hingham High School, spurring him on to degrees from Wentworth Institute of Technology, his commercial Pilot’s License from Embry Riddle Aeronautical Institute, his BS from University of Rhode Island and an MBA from Providence College.

Husband of Marcia L. (Waynen) Osborn Burr, he is survived by two daughters, Jenifer Jean O'Brien of Wyoming RI and Susan T. Ewers of Swanzey, NH and a son, William B Osborn of Tewksbury, MA and six grandchildren. He is the brother of the late Peter Burr of Laconia NH and the son of the late Allston Pratt Burr and the late Lois Cushing Burr and the nephew of the late Charles T. Cushing Jr., all of Hingham.

There will be a graveside service with a military presence in Hingham Centre Cemetery on Wednesday, October 16 at 10:30 am. Following the service a celebration of David’s life will be held in the hall below the Hingham Congregational Church, 378 Main St., Hingham. Friends and family are invited.