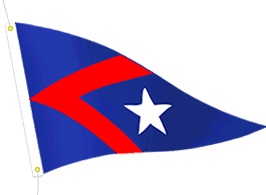 Arthur M. Raymond, of Hingham, passed away peacefully at Linden Ponds on Saturday, September 14, 2019 at the age of 101.

Arthur was a lifelong Hingham resident, born on July 15, 1918 to the late Harold and Bertha Raymond. In his early years he was an avid sailor, racing boats at the Hingham Yacht Club.  He was a graduate of Hingham High School, and Amherst College.

Graduating from Amherst in 1942, he joined the Army and was stationed in India during WWII.  After the war, Arthur met Joy in Boston and they married in 1949 in Arlington. Arthur spent his entire career in the printing industry, retiring from Nimrod Press at the age of 80.  Arthur loved spending time with his family and took up downhill skiing in his 50’s to spend time with them.  Around the same time he also started mountain climbing, becoming a member of the Appalachian Mountain Club. He ultimately qualified as a member of the “4000 footer club” climbing all of the mountains in New England that were above 4000 feet.  Arthur was dedicated to his fitness regime, working out at the Quincy YMCA well into his 90’s.  He spent summers in New Hampshire and was an active member of Old South Union Church in Weymouth. He enjoyed traveling with Joy, especially to Jerusalem, Alaska, and Hawaii.

Arthur was predeceased by his wife, Joy, in 2017. Beloved father to Richard Raymond and his wife Jane of Quincy, Janet Lindley and her husband Reed of Pottstown, PA, and Nancy Whitney and her husband Steve of Westwood. Loving grandfather to Stephanie Freedman and her husband Carl, Kara Lindley, Stephen Lindley, Becky Whitney, and Bryce Whitney. Great grandfather of Aubree and Jamison Freedman. Brother of the late Carter Raymond and Barbara (Raymond) Plant. Arthur was pre-deceased by his daughter, Jean H. Raymond.

Visiting hour will be held at the Downing Cottage Funeral Chapel, 21 Pond Street Hingham on Friday, September 20, 2019 from 10 to 11 a.m. A funeral service will be held at 11 a.m. All relatives and friends are respectfully invited to attend. Interment will be held at High Street Cemetery in Hingham.

In lieu of flowers, donations in Arthur’s memory may be made to your favorite charity.

To send flowers to the family or plant a tree in memory of Arthur Raymond, please visit our floral store.